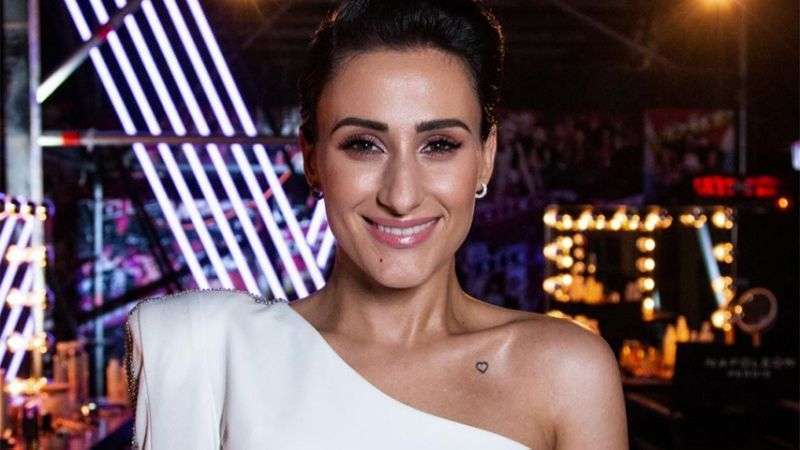 Diana was born on 29 January 1984 in Sydney to Greek father and Australian mother.She is an Australian singer-songwriter previously signed to Universal Music Australia.In 2019, she won The Voice (Australia), against Daniel Shaw. Rouvas started vocal training at age four, and writing at age eight. She was on stage at an early age performing, and relocated to the United States of America at 16 to pursue her music career as a singer-songwriter. In 2001, at 17 she toured with Australian artist Tina Arena as a backing vocalist, visiting France and China. In 2006 Diana represented Australia in G’day LA celebrations in Los Angeles. In 2006 she recorded and released an original Extended Play titled Never Said Hello.

Jack  was born on 17 January 1997).   He is an Australian singer, best known for winning the fifth season of Australia’s Got Talent. He subsequently signed a recording contract with Sony Music Australia. His debut single, “Yes I Am”, was released for digital download on 3 August 2011. Vidgen’s debut studio album, also titled Yes I Am, was released on 19 August 2011. The album debuted at number three on the ARIA Albums Chart and was certified gold by the ARIA. His second studio album, Inspire, was released on 27 April 2012, but was less successful than its predecessor, only reaching number 23 on the ARIA Albums Chart. In 2019 Vidgen auditioned for The Voice (Australian season 8).Vidgen was selected to coach Guy Sebastian’s team, eventually finished as a semi-finalist. Jordan-Ravi is a 19 year old guitarist and singer-songwriter from the small town of Darwin in Northern Australia.

It all began when Jordan was about 5 years old, when his dad brought home and put on a DVD of AC/DC playing a live show in Germany. As soon as Jordan saw Angus Young strutting out on stage for the intro of “Stiff Upper Lip”, he was hooked on being a rockstar guitar player.

His broad musical talent has seen him play in a variety of situations, including a jazz band while at school, then as lead guitarist and vocalist in popular local thrash metal band ShapeShifta, where his searing, shredding solos are immortalised on their self titled EP. When he was about 15, Jordan decided to try his hand at busking to earn some money via his talents. So one Sunday morning, he packed his guitar and portable amp and walked the few hundred metres from his house to a local outdoor market where he put out his hat to collect coins and play for the crowd. He was received so well, that the market organisers soon arranged to have him play on the main stage on future Sundays.This lead to gigs at other markets and special events, as well as plenty of bookings for weddings and corporate functions, and culminated in Jordan playing in front of thousands of people on the main bandstand stage at the 2018 Darwin Festival.  As his crowds grew, his hunger to take his talent to the big city ensued.Jordan’s first point of call outside of Darwin took place at the 2018 Airey’s Inlet Music Festival in Victoria, when he was asked to support Australian Indie rock icon Adalita Srsen to a crowd of over 1500. His performance received critical acclaim with a string of bookings and opportunities to follow.

Soon after Jordan moved to Melbourne where he performed as an opening act for artists such as Isaiah Firebrace (The X Factor 2016 Winner) and AYDAN (The Voice 2018 Grand Finalist). Recently, Jordan took his talent across to the city of Los Angeles twice, where he auditioned for America’s Got Talent (AGT) and impressed Simon Cowell by wowing an audience of over 2000 people and meeting with high profile music executives. Jaguar Jonze crafts songs of melancholic beauty woven with gun slinging guitar lines and a strikingly rich, yet intimate voice. Born in Japan to a Taiwanese mother and Australian father, Jaguar Jonze is as eclectic as her cultural upbringing oozing influences by the likes of Portishead, The Last Shadow Puppets, Nick Cave and Angel Olsen. An enigmatic yet vulnerable songwriter, Jaguar Jonze delivers defiant ferocity through smoky vocals that shift between fragile and forceful and a mature musicality that provides sweetness through dissonance. She has up to date released three singles.

Therefore with these four act the national final line up is completed, with a total of 10 acts competing to represent Australia at the forthcoming Eurovision Song Contest in Rotterdam. The list of 10 candidates has developed as following:

Australia is set to hold its second Eurovision national final on Saturday 7 February at the Gold Coast Exhibition and Convention Centre on the Gold Coast, Queensland. The show will be co-produced by SBS and Blink TV Australia and will be hosted by radio host, presenter and music buff Myf Warhurst, and comedian Joel Creasey.