Martin Österdahl is no stranger to the Eurovision family, as he was the Executive producer of the 2013 and 2016 edition ESC that were held in Malmo and Stockholm repsectively. Additionally he was member of the Reference Group from 2012 till 2018.

Mr. Jean Philip De Tender ( EBU Media Director) who was one of the two persons behind the decision for the new supervisor  stated:

Martin is the perfect candidate to continue and build on the exceptional work done by Jon Ola Sand over the past decade. The Eurovision Song Contest has been transformed under Jon Ola’s guidance, setting new standards in world-class television production.

Martin is a great creative talent and has invaluable experience from his work as Executive Producer of two exceptional Contests and numerous other successful entertainment shows. He is an excellent leader and storyteller, which is core for us to work closely with EBU Members to develop and grow the world’s largest live music event in the next decade and beyond. 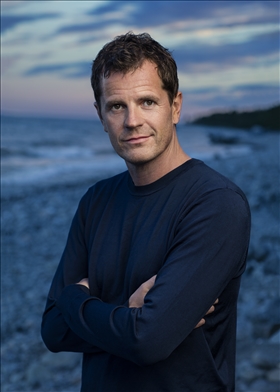 On the other hand the new Executive Supervisor Mr.Martin Osterdahl said:

The Eurovision Song Contest is the world’s largest live music event and the longest-running show on television. Its ability to entertain and unite people across Europe and beyond is unique and something that should never be taken for granted. I feel greatly honoured to be given the opportunity to strive for its continued evolvement and popularity into the future.

I’m looking forward to joining the team in Geneva in May and can’t wait to get started.

I’ve been working alongside Martin Österdahl for many years. First at the Eurovision Song Contest in 2013 and then again in 2016 but also in the ESC Reference Group where Martin was a valued member for 7 years. I’m confident that the future of the Eurovision Song Contest is in very capable hands and that Martin is the right person to take this incredible show to the next level.