The last couple of days EBU officials were in Israel inspecting the three candidate cities in the bid of Eurovision 2019 hosting. As we have informed you in previous posts Tel Aviv, Jerusalem ans Eilat were the three remaining cities in the race for hosting next year’s Eurovision Song Contest.  Jon Ola Sand ( Executive Supervisor of the Eurovision Song Contest) alongside with , Nadja Burkhardt, (Supervisor of the Eurovision Event) had consecutive meetings with national broadcaster officials (KAN/ IPBC) on preparations for Eurovision 2019. The EBU officials made visits to potential venues in all three cities and met local authorities talking on each city’s potential of hosting the event next May.

We remind you that the cities that still remained in the bidding race for Eurovision 2019 hosting were :

After these latest meetings, the national broadcaster of KAN announced that the city of Eilat is dropping the race for hosting Eurovision 2019. After this latest development that was published via the broadcaster’s official Twitter account , the next Eurovision Song Contest will eventually take place in Jerusalem or Tel Aviv.

The moment of truth is approaching for the two cities remaining in the race of hosting the next Eurovision Song Contest next May. Next week we will know if the next contest will take place in  Tel Aviv Convention Centre or  Pais Arena in Jerusalem .

The issue of “Shabbat”

Jon Ola Sand (EBU Exective Supervisor)  gave an interview to KAN and enlightened us on some aspects of the next organization. Among the issued questioned was the matter of “Shabbat” and how EBU is looking into that matter. According to Jon Ola Sand’s statement he ruled out the option of a break in the contest’s preparations due to the holiday of “Shabbat”. There is so much work to be done, he stated,  concerning the rehearsals , the technical set up and the stage construction that it is essential for work to continue during both Saturdays . 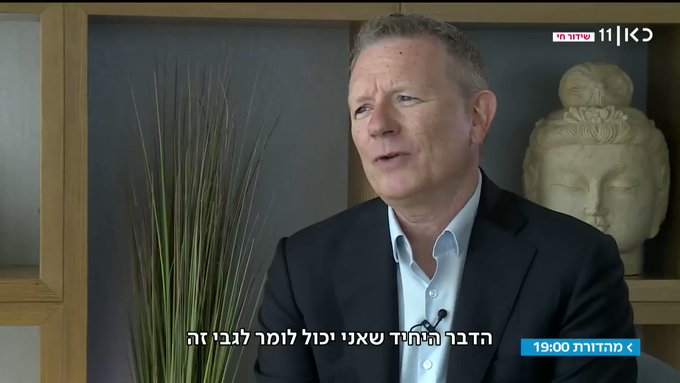 Apart from Jon Ola Sand’s statements, Tel Aviv seems to be the front runner in the hosting bid race due to factors that can’t be ignored. The city has an International airport that is well connected with all the international airports while the same time has in disposal a large number of hotel rooms to live up to accommodation requests.  Furthermore, the existence of a ready venue with 10.000 seats and its modern transportation network gives Tel Aviv the point to be considered this moment as a favorite to host next year’s Eurovision.

Israel earned the right to host next year’s Eurovision after Netta’s win in Lisbon with her song Toy. The country has hosted twice in the past the contest ( 1979, 1999) , in which both times Jerusalem was the host city.
As the time for the dates and host city to be determined is approaching things are getting even more exciting  finding out where are we heading next year. Will it be third time for Jerusalem or is it time for Tel Aviv.
eurovision 2019jerusalemJon Ola SandKANNadja BurkhardtPais ArenaPavilion 2 at the Tel Aviv Convention Center