Eurovision 2020: The potential host cites and venues for the next contest in The Netherlands

The three Dutch national broadcasters, NPO, NOS and AVROTROS, which will be responsible for the next Eurovision Song Contest in The Netherlands, have already kicked off the host city bid process in order to determine where the next Eurovision will be taking place.

The cities that so far seem to have expressed intentions of hosting the next Eurovision Song Contest are Amsterdam, Rotterdarm, Arnhem, Zwolle , Utrecht, Maastricht, The Hague, Leeuwarden, and the city of Den Bosch. Of course the first two cities seem to be the front runners of this race according to EBU’s required standards for hosting the contest. Some key factors will play significant role in the final decision for the host city. Namely this conditions EBU requires are the following:

But lets go and take a look at each potential host city : Amsterdam is certainly one of the favorite cities to host the next Eurovision. The Dutch capital city has hosted the contest back in 1970. The city has really good infrastructures, a large number of hotel units, a satisfying transportation network, while nearby is the  Schiphol International Airport. The city welcomes thousands of tourists through all the year due to its historical, cultural heritage.

There are three marvelous venues that can host the competition: The Ziggo Dome, the RAI Convention Centre and the Johann Cruijff Arena.

The Ziggo Dome is a very famous arena for concerts right in the heart of the capital and has a capacity of 17.000 spectators. This arena has hosted numerous concerts of international stars among which is Lady Gaga, η Shania Twain, οι U2, Elton John, Ariana Grande, Bruno Mars. Madonna, Rod Stewart etc. 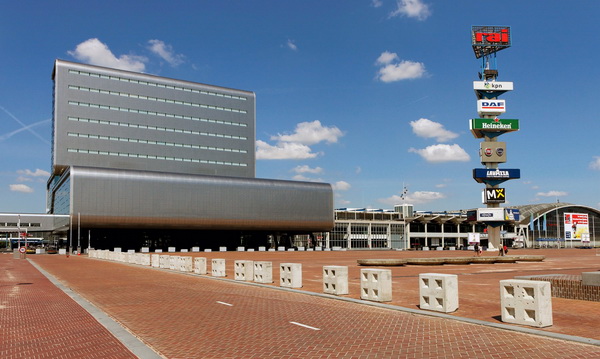 The Amsterdam RAI Convention Centre is located just 8 min away from the central district of the city and has a good connection via train, the tram and the metro. The arena is close to the city’s cultural and nightlife action while it’s 15 min away from  Schiphol International Airport.

RAI’s space is known for it’s diversity of event taking place there, with big events and exhibitions been hosted. It opened its gates back in 1961 the Europhal Hall can host circa 12,900  spectators. 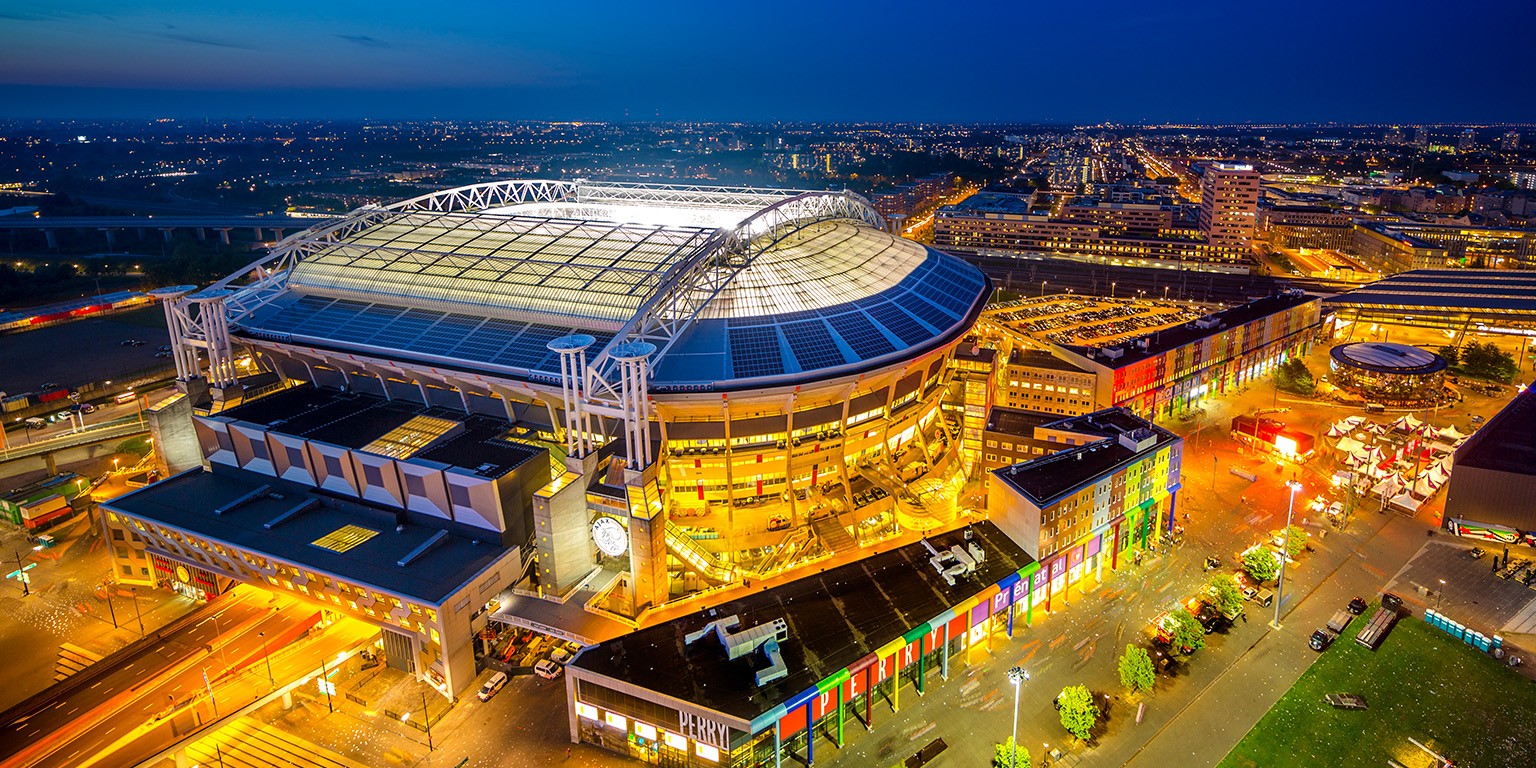 The Johann Cruijff Arena ( aka Amsterdam Arena) is located in central Amsterdam very close to Ziggo Dome, and is the country’s biggest stadium able to host  55,000-68,000 spectators while during concerts it can welcome an audience of 35,000 people. The stadium was inaugurated in 1996 by the Majesty Queen Beatrix of the Netherlands.

Its rooftop opens and closes and the arena is set to host matches of the European Football Championship 2020 next June.

The city and port of Rotterdam is one of the hot favorites to host Eurovision 2020 at the Rotterdam Ahoy. The Dutch port has hosted in the past another Eurovision event, that of  Junior Eurovision 2007.

Rotterdam is the second biggest city of the country , a significant located port combining modern sky scrappers with modern architecture. It has an extended transportation network, significant number of hotels while near to the city is  Rotterdam The Hague Airport with direct flights to several European destinations. The city of The Hague has hosted Eurovision twice in the past , back in 1976 and 1980 while the city is aiming to host the competition once again. It’s the third biggest city of The Netherlands after Amsterdam and Rotterdam. Further more it is the base of the Dutch Government and the Parliament. The Hague hosts significant international institutions and organizations among which are the International Court and the headquarters of Interpol .

The city is servered by the  Rotterdam The Hague Airport while its transportation network is extensive. 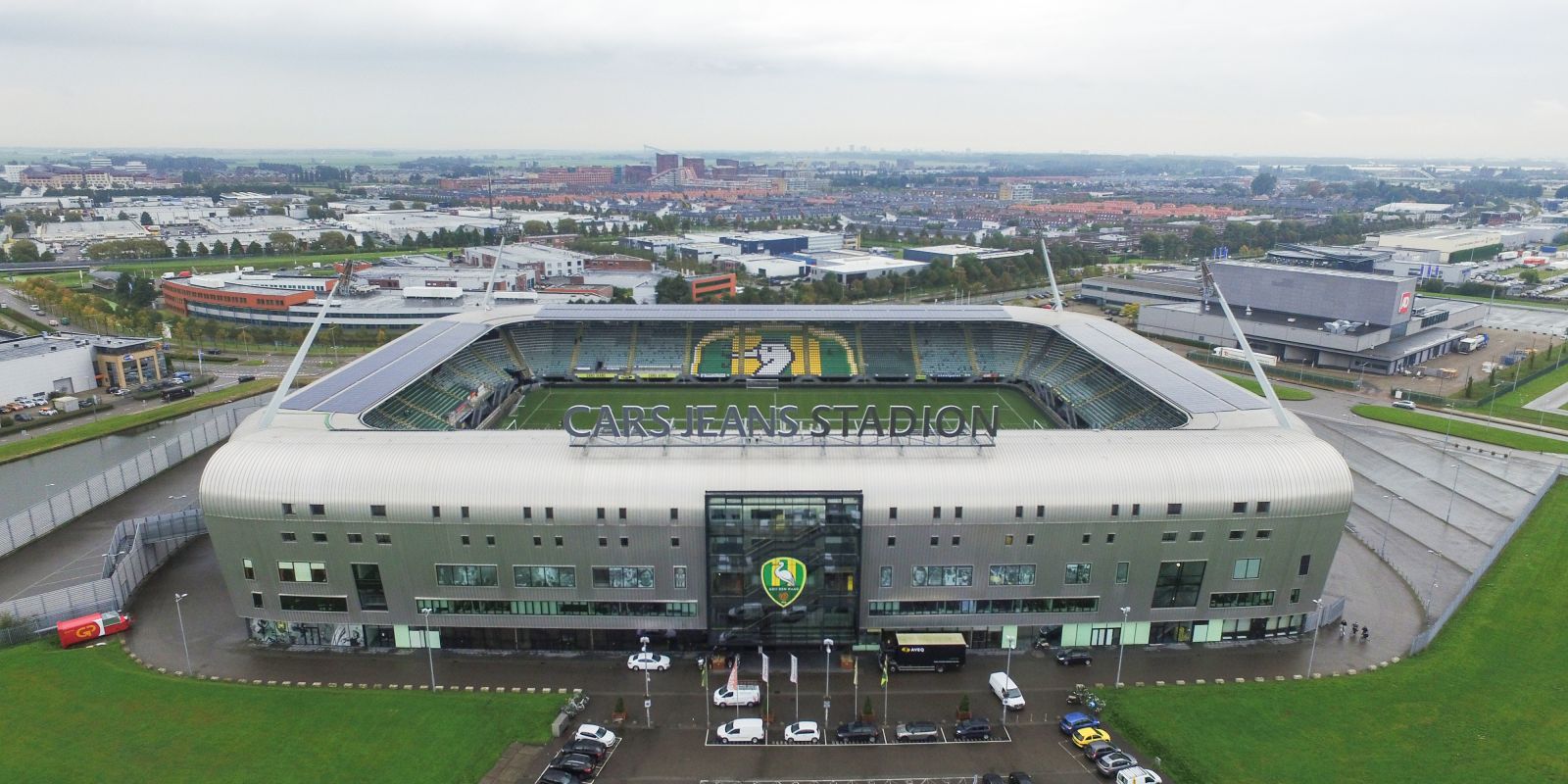 The city’s ambition is to host the contest at the ADO Stadium (Cars Jeans Stadium), but the specific venue doesn’t have a roof which is an important EBU requirement.

The stadium was completed in  2007 and has a capacity of  15.000 spectators and is located on the southeast side of the city, 6 km away but easy to access by train or bus.

The city of Utrecht was added to the list of cities targeting to claim the hosting of the next Eurovision contest. The city plans to hold the event at the Jaarbeurs Convention Centre . Being the 4th in population city it is located 30 minutes away from  Schiphol International Airport and an hour away by train from  Eindhoven Airport.

The Jaarbeurs Convention and Exhibition Centre  is a convention and exhibition space fit to host exhibitions. fairs, conventions and music events. It is next to the  “Utrecht Central Station” and has 11 separate spaces covering an area of  100,000 sq meters. 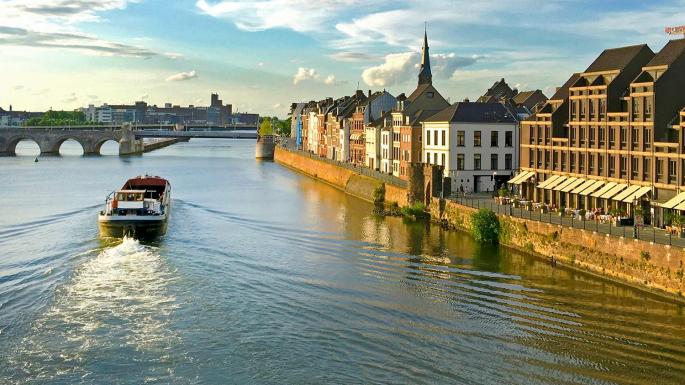 The city of Maastricht has expressed its intentions to host Eurovision 2020. The city is the provincial capital of  Limburg and lays on the southeastern side of The Netherlands. The small  Maastricht Aachen Airport is nearby connecting the city with several international destinations. The city received major publicity when the Treaty of Maastricht was signed there on February 7, 1992 bringing the European Union one step further. 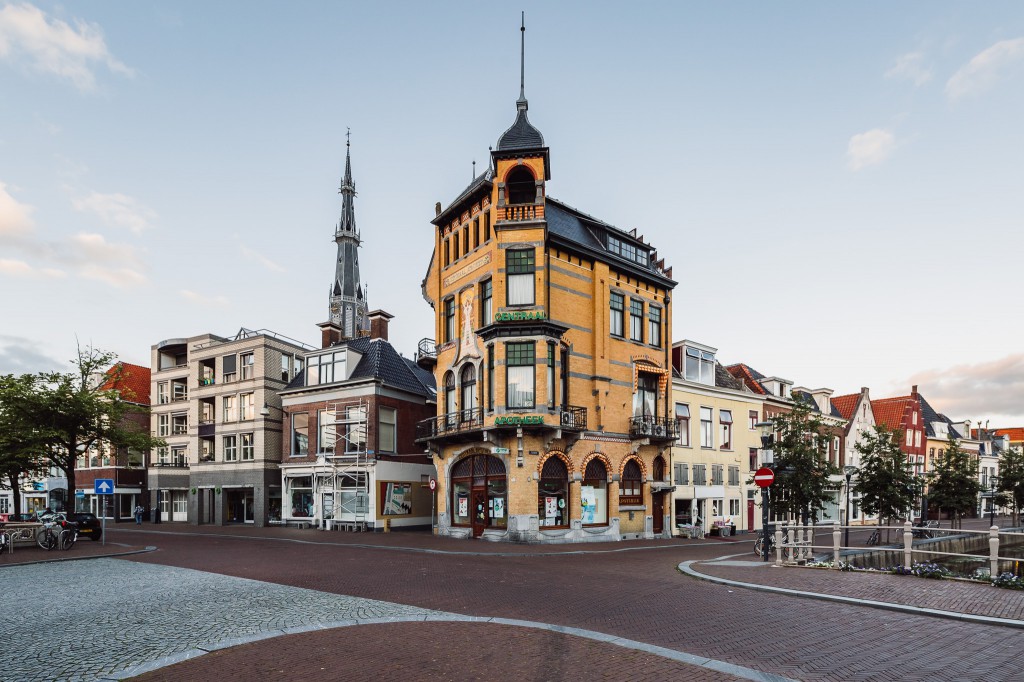 The city of Leeuwarden), is the regional capital city of  Friesland in the northern part of the country and has shown interest to host  Eurovision 2020. The authorities plan to host the competition at the  WTC Expo Leeuwarden. WTC Expo is extend over an area of 45.000 sq meters for exhibitions and his divided in several independent spaces. In the past it has hosted, exhibitions, fairs, parties, events, meetings, seminars, symposiums and conferences.

The city is served by three close airports : Eelde, Lelystad and Schiphol.

Arhem is the capital of the region of Gelderland,  and is located in the eastern part of the country. The stadium  Gelredome is the place where the city aims to host the competition. The city is nearby the German border and has good transport connection with Frankfurt and Dusseldorf. 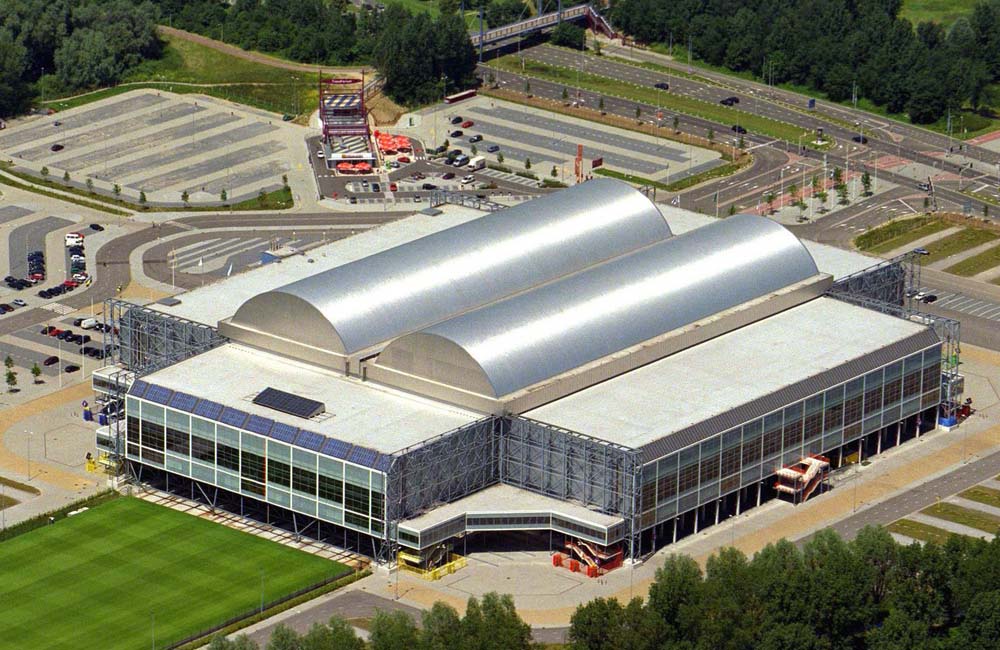 Gelredome is one of the biggest and most modern arenas within the country. It opened its doors in 1998 and has a capacity of 25.ooo spectators. It’s rooftop is movable as it opens and closes and has hosted in the past several music events and concerts of great international stars such as :  Madonna, Tina Turner, Celine Dion, Shakira, Justin Timberlake, Rihanna, Coldplay, Justin Bieber, Justin Timberlake, Janet Jackson κα.

The venue is 30 min away from the Arnhem Central Station and easy to access via means of  transportation.

Another regional city that has expressed interest in hosting the next contest is Zwolle, the provincial capital of Overijssel at the Northeastern part of the country. Most likely venue for the competition is the Ijsselhallen Convention Centre. 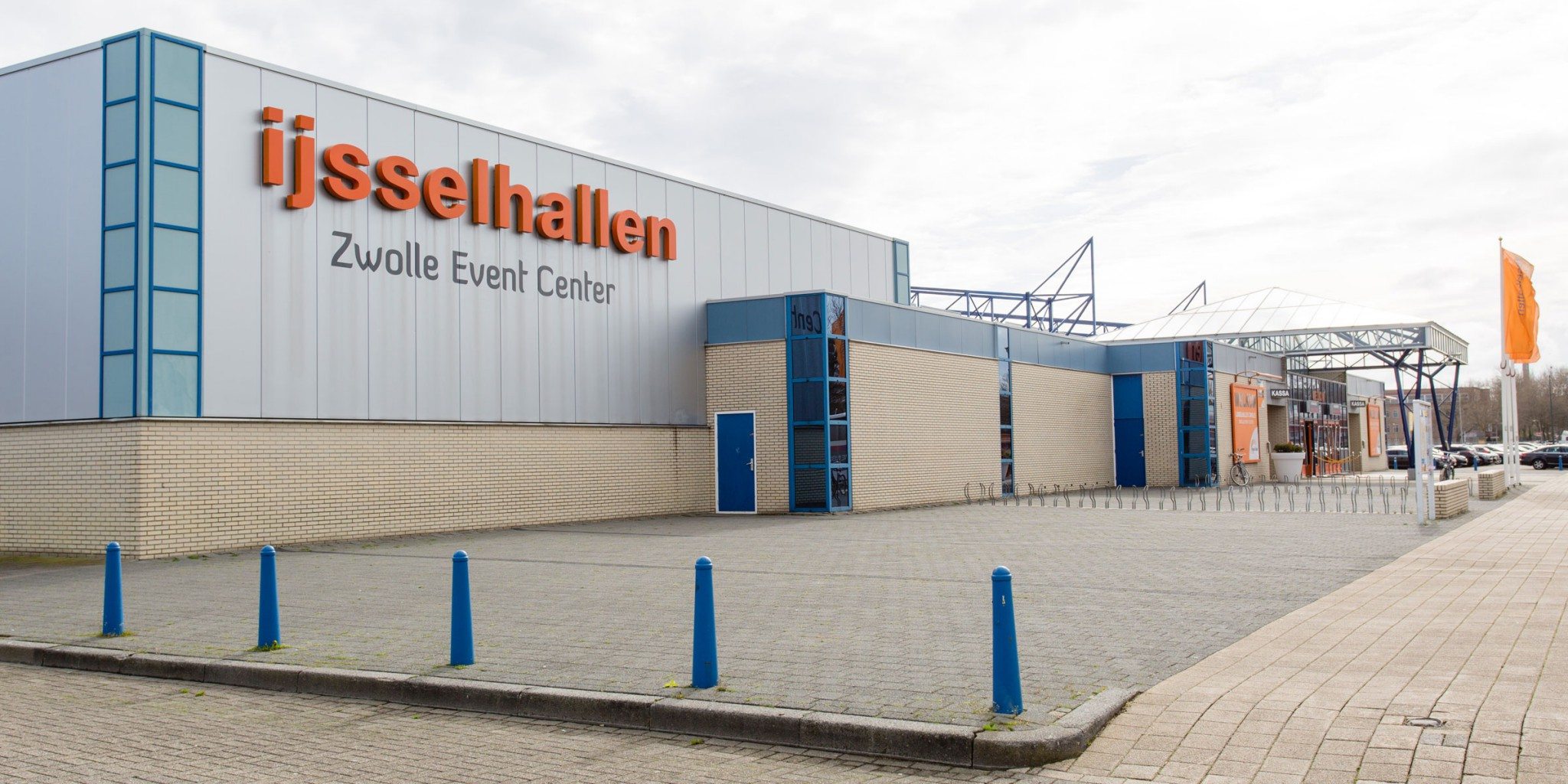 Ijssehallen is a major conventional center built in 1972 and covers an area of 20.000 sq meters. The area has hosted in the past several events and music concerts. 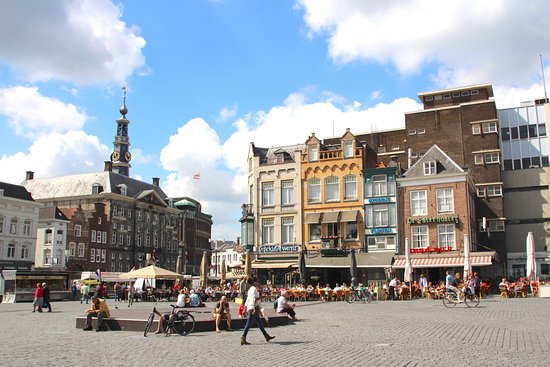 The city of Den Bosch is is the latest one to join the group of cities that are eyeing on hosting the next Eurovision. Den Bosch  is the provincial capital of  North Brabant at the northern part of the country

The city plans to hold the competition in the multi functional venue of  Brabanthallen. It is located near the Belgian and German border and the  Eindhoven Airport. The specific airport operated direct flight to a large number of international destinations. Additionally the city is well connected with the capital and Utrecht.

Brabanthallen is extended over a space of  55.000 sq meters and can welcome more than 40.000 people. It includes 13 spaces , 8 halls and 5 big spaces. Especially  Hall 1 has a capacity of 11,000 spectators. The premises are just 10 min away from the city’s central station.

Brabanthallen is a complex within which major exhibitions, conventions, concerts and big meetings can be easily hosted. In 2004 tit was renovated and in 2017 was expanded. It is the third biggest venue in the country after  RAI Amsterdam and  Jaarbeurs Utrecht.

However we have to wait and see which of the cities will meet the criteria EBU is requiring in order to make it to the final round of evaluation. Meanwhile the EBU and the three Dutch broadcasters will determine the dates on which the three live shows of the next Eurovision will take place in The Netherlands, after Duncan Laurence’s win less then two week ago in Tel Aviv.