After this year’s cancellation of the contest due to the covid-19 outbreak, the Reference Group opted for maitaining this year’s semi final allocation results for the forthcoming Eurovision Song Contest in Rotterdam.

With the number of countries remaining the same for next year’s edition, it was an easy case for EBU to decide to use the same semi final line up for ESC 2021 and not to hold a new Allocation draw in January. This decision solves another the issue with the tickets, as fan can attend the events they’ve purchase and watch their country in the same semi final they bought tickets for.

Under normal circumstances we would be looking forward to the Allocation Draw and Host Insignia Exchange Ceremony as an important milestone on the road to Rotterdam 2021. With the same participating countries as last year , the Reference Group decided that it made sense for both ticket holders and for participating broadcasters to keep the same Semi-Final draws as 2020. Even though we won’t have the traditional Ceremony in January we have plenty more planned to build excitement ahead of the return of the Eurovision Song Contest next year.

A total of 35 nations will compete in the two semi finals set to take place on May 18 and 20. In the first semi final 17 countries will battle for the ticket to the grand final while the second semi final will see 18 countries which will fight to join the Big-5 countires and host country in th Grand Final show.

Thus the semi final will unfold according to the following allocation: 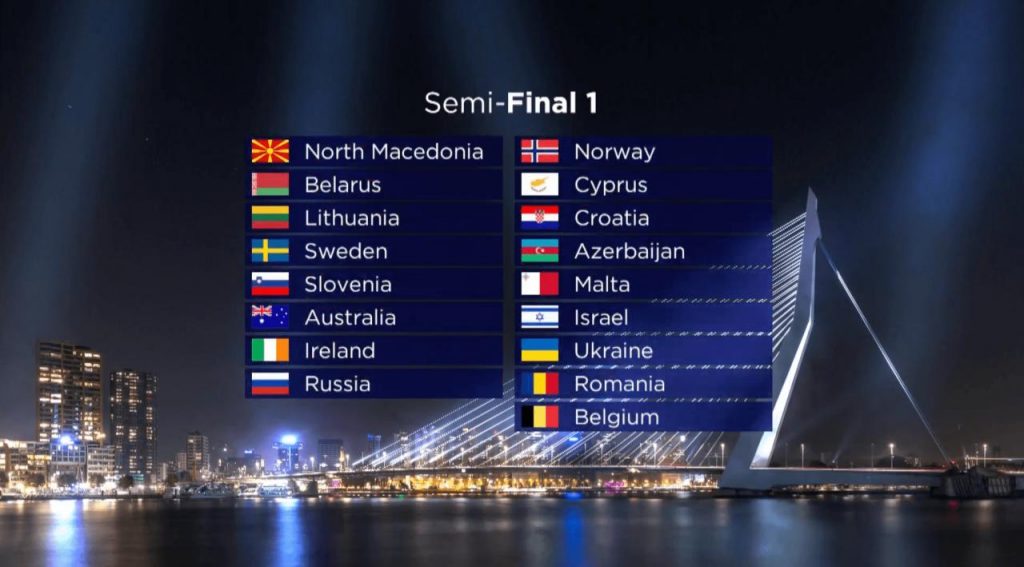 In the First Half will compete:

In the Second Half will compete: 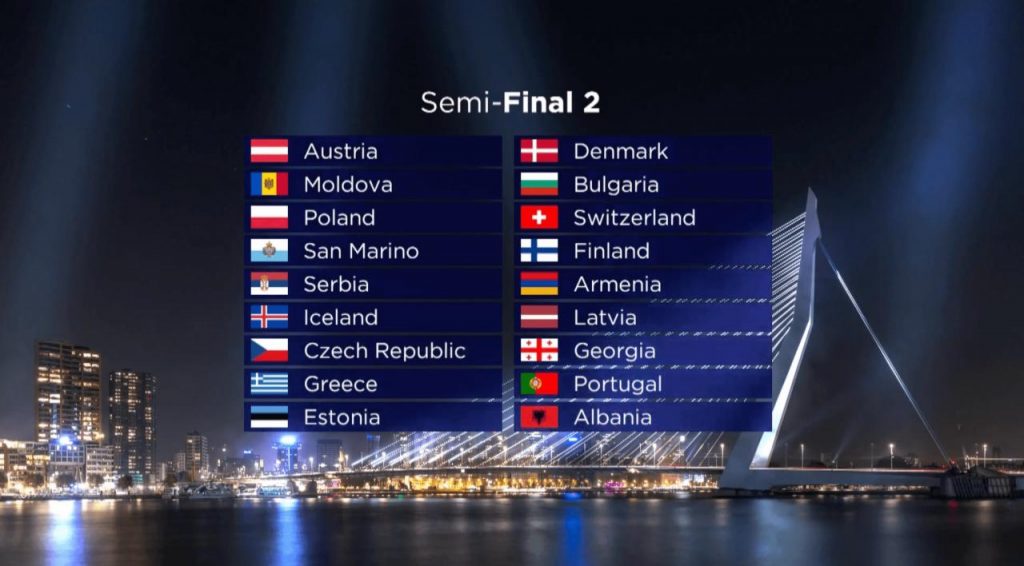 In the First half will compete :

In the Second half will compete :

The Big-5 countries and the host nation Semi final voting 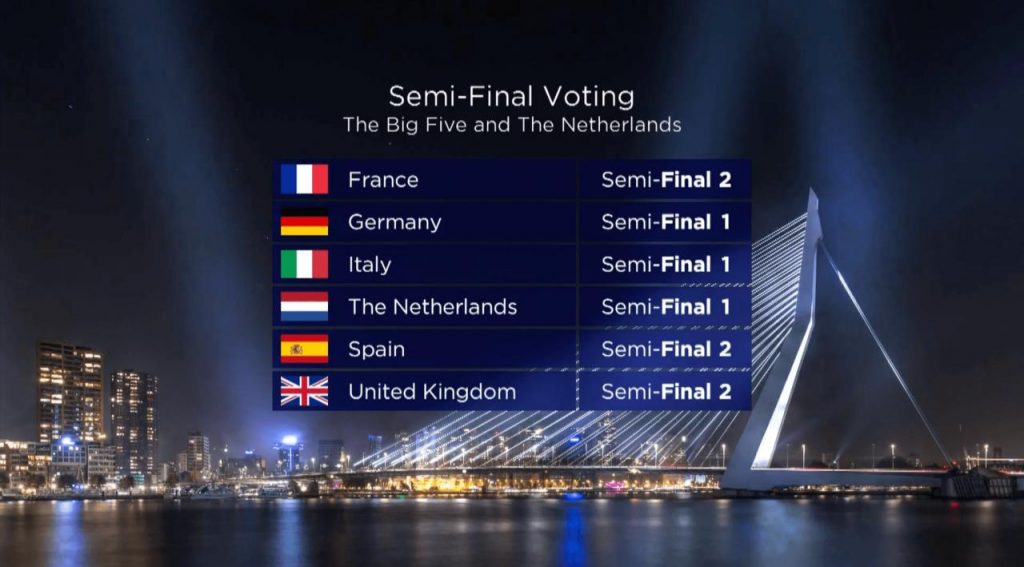 The host nation , The Netherlands , along with Germany and Italy and Germany will vote in the 1st semi final while Spain , the UK and France will cast their votes in the 2nd semi final.

The final running orfer will be determined by the producers after the competing countries have completed their national selections and all entries are submitted.

The 2021 Eurovision Song Contest will be held on 18, 20, 22 May at the Rotterdam Ahoy in Rotterdam, The Netherlands.