The work for setting up  the Eurovision 2021 stage began today in Rotterdam Ahoy.

With the 65th edition of the Eurovision Song Contest a stone throw away the organisers are in full steam making all the necessary preparations in order to welcome the 39 delegations of this year’s compettions. Among other one of the significant features of the contest. the Eurovision stage, on which the whole competition unfolds, saw today its set up begin in Rotterdam Ahoy.

This morning all trucks with equipment were driven in, officially starting construction. All halls in Ahoy will be put into use for the festival.

Jolanda Jansen, director of Ahoy says about the construction of the stage:

“The event hall has never had one event in house for so long. “The building is used for maximum load-bearing capacity. LED screens and equipment for light and sound will be hung on the roof. “And we are building the largest stage ever”. 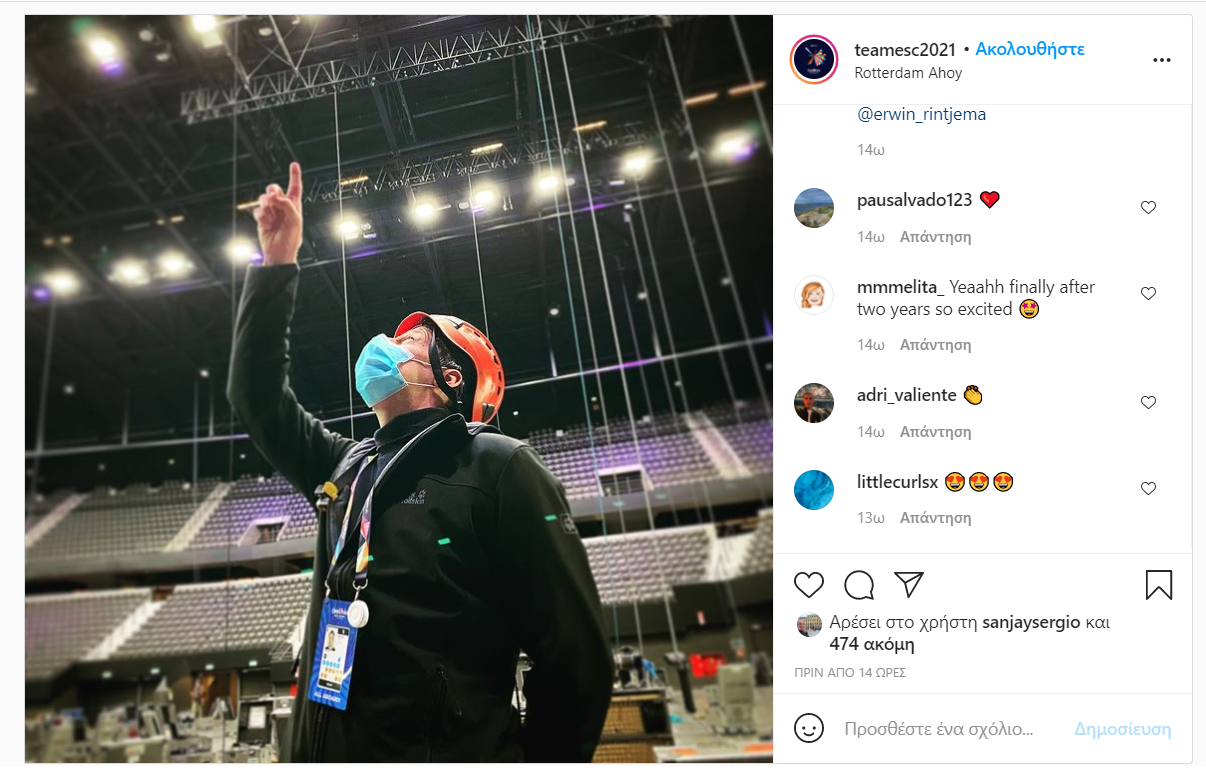 Earlier it was announced that a limited audience will attend this year’s competition; the event will be a so – called field lab event . This means that at all nine shows – six rehearsals, two semifinals and the final – 3500 spectators with a negative corona test can be present in the venue.

The arrangement of seats

Executive Producer, Sietse Bakker, confirmed that about 4,500 seats will remain empty. Yet the millions of viewers will not notice much of this: the second ring of the hall will not be visible, the stage will be far forward and the visitors who are there can let go of the five feet. “And we think that those 3,500 people can also create a fantastic atmosphere,” says Bakker.

The organizers have focused on implemeting the Scenario B for Eurovision 2021 , according to which the event will take place with social distancing measures, the acts performing in Rotterdam and maitaining on the table options depending on how the pandemic develops.

In order for Scenario B to go ahead the number of people in the national delegations will be reduced from previous editions. The number of journalists who can attend the event will not go above 500 with a further 1000 able to cover the show in a new online press centre. A decision on whether an audience can be present at the shows and on what public activities can take place around the event in Rotterdam will be decided at a later time.

Within the framework of Scenario B and organising a safe Eurovision EBU and the Dutch broadcasters have released have published an extensive COVID-19 Health and Safety protocol for the 2021 Eurovision Song Contest. According to the plan regular tests will be taking place on daily basis, the limited in size delegations will have to stay in their hotel, except when they travel to Rotterdam’s Ahoy Arena for rehearsals, the live shows and other programme related activities.

The 65th edition of the Eurovision Song Contest is set to take place on May 18, 20 and 22, 2021 at Rotterdam Ahoy arena in Rotterdam , The Netherlands and will see a total of 39  nations compete for the trophy.