Greta Salóme with her song “Hear Them Calling”  won for Iceland the non-qualifiers special edition of #EurovisionAgain among 26 other entries.

For the last nine months the official ESC Youtube channel has been streaming past Eurovision shows bringing back on our screen the excitement and spectacular performances while the audience had a chance to cast their vote on Twitter under the hashtag #EurovisionAgain.

Throughout November  fans were asked on Instagram Stories to pick their favourite song from every country that has failed to qualify for the Grand Final more than once since the Eurovision Semi-Finals were introduced in 2004. In addition, 12 sites and podcasts from the Eurovision fan community were ask to select their 10 favourite non-qualifiers.

In last evening’s  show of #EuroviisionAgain we saw the following  26 most voted non qualifiers compete in a “final”show:

Once all performances were diplayed the fans were able to cast their votes online in order to pick their top 10 favorites. The final result saw  Greta Salóme from Iceland winner  with her entry ‘Hear Them Calling’  while  ZiBBz from Switzerland came 2nd and  Norman John from Finland  and her song ‘Black Bird’ 3rd. The top 5 places closed with Kate Ryan from Belgium in 4th place while Mei Finegold came 5th with Israel.

Here is the overall scoreboard with all the votes added in: 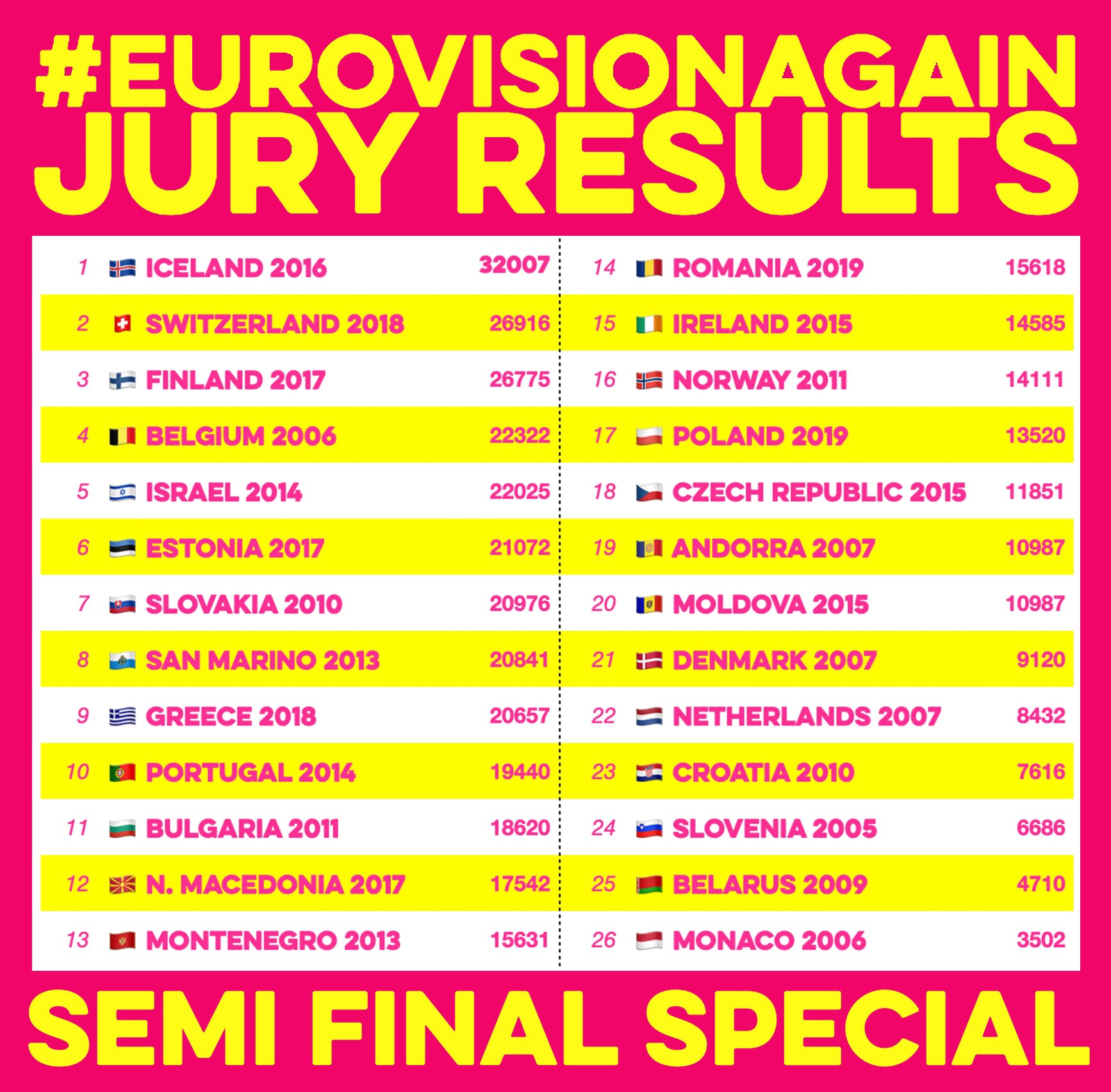 Enjoy once again  the winning performance of this night’s special edition of #EurovisionAgain:

In case you missed out or want to watch again this last edition of #EurovisionAgain you can always watch it on the official ESC Youtube Channel below: