Finland: Blind Channel win UMK 2021 and are off to Rotterdam

The Finnish national final, Uuden Musiikin Kilpailu 2021, saw Blind Channel  triumphed and are off to represent Finland at  Eurovision 2021 with their entry “Dark Side”.

Once again Finland decided their Eurovision act via the the iconic competition of UMK 2021. The show took place live at the Mediapolis Studios in Tampere. Host of the show was  Antti Tuisku who opened the show taking the stage along with last year’s UMK 2021 runner up, Erika Vikman.

The Finnish national final saw a total of 7 acts battle for the right to represent the nation at Eurovision 2021 in the following running order:

4. Danny –“Sinä päivänä kun kaikki rakastaa mua” ( The day when everyone loves me) 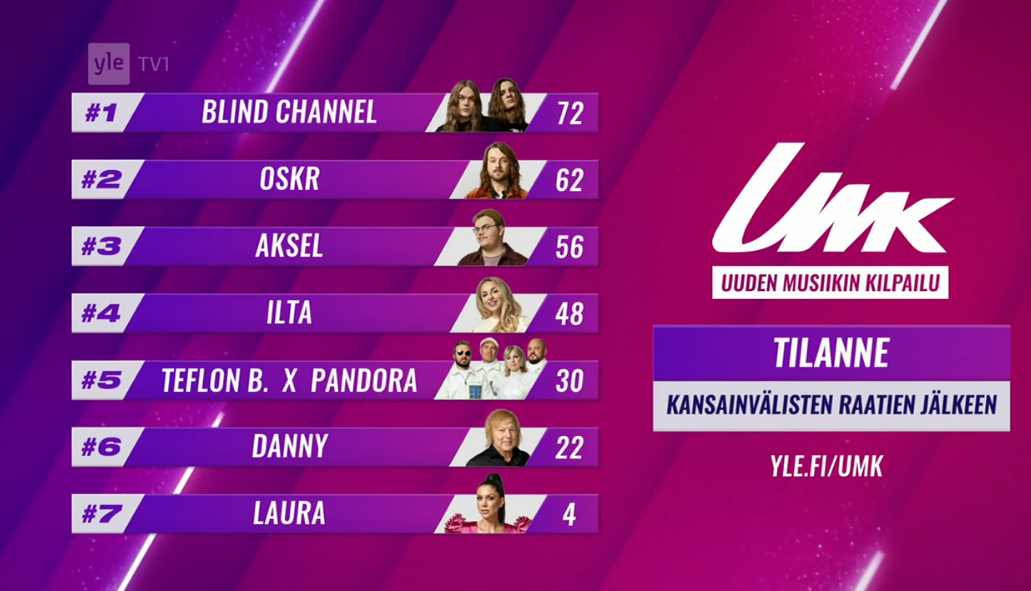 Once the public vote was added in Blind Channel topped the final scoreboard with Teflon Brothers & Pandora coming second while Ilta achieved an overall 3rd placing. 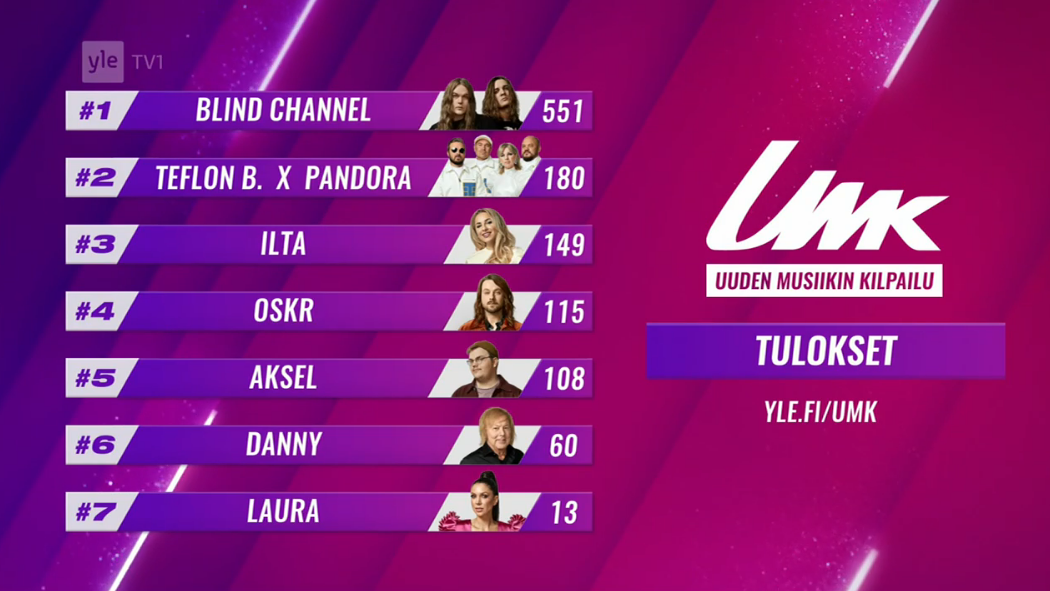 Therefore  Blind Channel were the big winners of the night and  will represent the country at the next Eurovision Song Contest in Rotterdam with their song “Dark Side”.