It came as a surprising piece of news this morning in the Eurovision family:  Edoardo Grassi , Head of French Delegation the past three years was axed by the national broadcaster France 2. 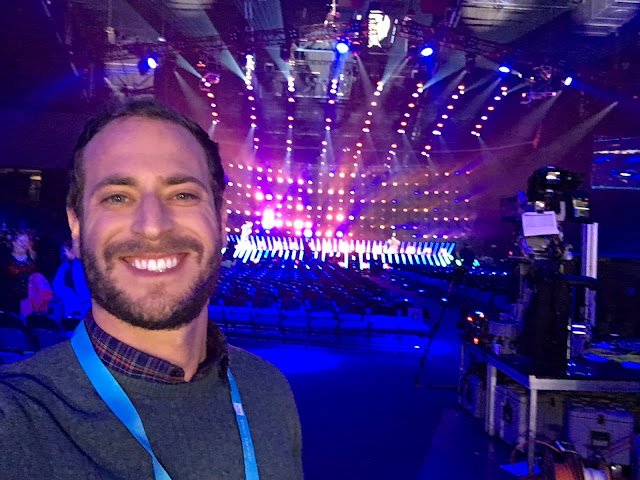 When it comes to E. Grassi we are talking of the man who managed to drive France out of its obscurity in the Eurovision Song Contest the last years and made   La Republique draw back again public attention. Despite his succeful terms as HOD of France France 2 decde eventually to cease him from his duties , a decision that got by suprise many in the Eurovision scene.

The news went public through  Eurovision France’s Twitter account , where the channel made a tribute to his efforts and work all this time. However an enigmatic reference in the statement about a “100% in house control” for Eurovision 2019, possibly implies the motivation of such decision. We remind you that Edoardo is an external employee of the channel.

Ο Ε. Grassi was appointed as French Head of Delegation in 2016 and the positive results from his presence didn’t delay to come, as Amir’s entry “J’ai Cherché” finished 6th in the grand final being the first top 10 placing in 7 years period. Additionally, Amir himself  met great commercial success after the contest , releasing an album that went triple platinum.

The next two years the French entries draw major attention , “Requiem” by Alma came  12th  in 2017 and this year Madame Monsieur finished in 13th place with their song “Mercy”. Despite the placings the songs met great acceptance among Eurofans, while  Madame Monsieur attracted worlwide interest as the Billboard, New York Times due to the significant story behind the song and the message it passed. Notable that before 2016 the country was for 4 years out of the top 20 on the final scoreboard.

Although Grassi himself hasn’t commented on the decision, the Eurovision 2017 French representative , Alma, left  her personal reaction on her Twitter account :

One of Edoardo’s ambitions was to organise a credible national final, an objective that was fulfilled this year with Destination Eurovision. The question now is if his successor will maintain the same formula as it is or with changes. It is generally accepted among all the eurofans and media who met him in the corridors of Eurovision that Edoardo really loved the contest and accomplished to bring it in the center of attention for France after years of indifference.