The Greek Eurovision 2021 act , Stefania , is back in Athens in full steem preparing her  ESC 2021 journey with her creative team, recording her potential Eurovision entries.

She may have seen her Eurovision 2020 journey interrupted by the contest’s cancellation due to the covid-19 pandemic, Stefania as a talented music “Superg!rl” is  working hard to get ready for the next edition of the Eurovision Song Contest in Rotterdam.

On her instagram story the Greek ESC 2021 hopeful, shared her return to Athens where she entered the studio in order to record her potential Eurovision 2021 entries alongside with her Dream Team which is no other than Dimitris Kontopolous, Sharon Vaughn and the songwriting collective Arcade Music supported always by producer Ilias Kokotos. 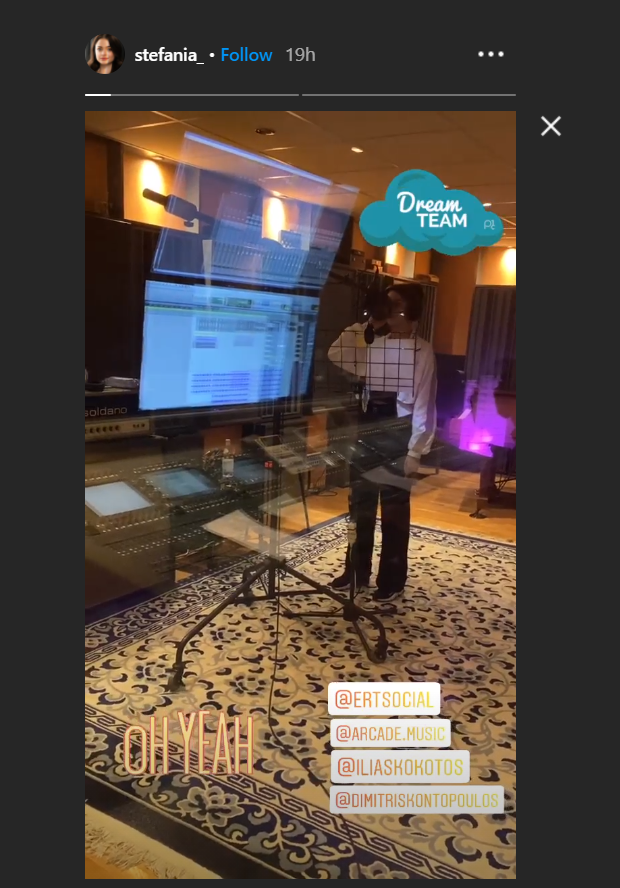 The 18 year old talented act will record a total of five potential entries that will be submitted to the Greek national broadcaster, ERT. However it still remains unknown how the Greek Eurovision 2021 entry will be selected and wheather ERT will opt for some kind of song selection like in  2017 or the entry will be determined internally.

During her stay in Athens,  besides recording, Stefania  will  run a number of interviews and TV appearances giving an update to the public of her ESC plans and maybe a hint or two of what to expect from her regarding the potential ESc entries.