The I.N.F.E.Vision video contest is a video song contest held by the International Network of Fanclubs of Eurovision (I.N.F.E.) and takes place via the network. The first contest took place in 2011 and after a break of two years (2015-2016) came back in 2017 with Azerbaijan being the host country.
The right to participate in this contest have all the member-clubs of the INFE network. Every local club can choose via an internal process an artist from its country and a song in the country’s language or English alongside with the official video of the competing entry. The duration of the song must be less than 5’ and the production year has to be within the last two years. In the first two editions of the contest the participants could have been individuals by selecting a country from around the world but due to the expansion of INFE and as more nations joined the Network it was decided to be organized among the clubs. However each year’s terms may change according to the host country’s special rules but the general framework remains the same.

First edition of the new video song contest and more than 48 songs participated through 48 countries chosen individually by members of the INFE Network . Giannis Moraitis with his song Gia prwti fora ( For the first time)  gathered a total of 193 leaving USA at 2nd place.

See here all the voting  and below  the scoreboard with all the points and the overall draw of Infevision’s first edition. After Giannis Moraitis’ victory in 2011 the INFEvision was hosted in Greece and took place on September 2012 in Athens. A total of 19 countries participated as they were chosen by the local fan clubs of I.N.F.E . Winner this time was a non European country, Tunisia! The country was represented by Emel Mathlouthi  and her song Ma Lkit (Lost) which won with 111 points leaving behind Spain.

The whole voting was really close and only in the last set of votes was the winner determined. You can watch here the voting and below the scoreboard with the final draw.

It was Tunisia’s turn to host the contest after last year’s Emel’s victory. In this edition 10 countries chose a two artists and two songs to represent each one. The worldwide famous singer Stromae gave the victory to France with the song Papaoutai.

You can watch the whole voting process on the video here directed in the host country.

The contest moves to France after Stromae’s victory in 2013. For another year the crown remains in the host country which manages to top the scoreboard. 18 songs participated, two from each country and the French representative, Indila gives to France its second victory in a row with her worldwide hit Dernière Danse.

You can watch here all the countries and songs that participated in Infevision 2014 . 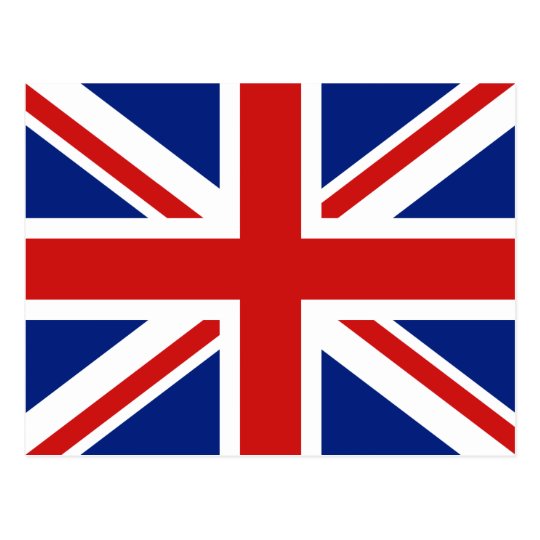 The contest makes a strong comeback among the INFE Network’s members. Host country the Land of fire, Azerbaijan which called us to sing with the wind. 14 countries from all the world through their local INFE clubs participated to score the necessary points to climb to the top.  14 powerful songs battled for victory. Take a look below to all the participating songs

The voting turned out tobe a race for two with the UK and Greece battling up to the last set of votes to win the trophy. Eventually the international voting from around the world gave a two points margin to the UK and Peyton enough to be crowned winner of INFEVision 2017 with his lovely song Congratulations to Peyton who was crowned winner of INFEVision Video Contest 2017 representing the UK and the INFE UK – The UK Eurovision Fanclub ! Enjoy once more below the winning music video with its strong social messages: The Video Contest will fly to Eastern Europe after the UK’s withdrawal from the competition. It’s time for Belarus and the city of Minsk to host the event and Unite as by music according to this year’s moto #unitedbymusic. Infevision Video Contest goes again global and a new record of 18 countries will be participating from all over the globe in this year’s edition. A total of 18 INFE clubs will select their entries alongside with their music videos and battle for this year’s edition that will take place on the 15th of December 2018.

Czech Repubic and Mikolas Josef with his song “Me Gusta” chosen by the local INFE club to represent the country, was crowned winner in INFEVIsion Video Song Contest 2018 that took place December 2018.

The 2018 edition was launched in mid September when INFE Belarus revealed the INFEvision 2018 slogan “UnitedByMusic” . From that point all INFE clubs were given a period until 7 October to confirm participation to the host country.  A  total of 18 countries around the globe  eventually confirmed participation in this year’s contest, which is a new record number for the comeptition itself.

According to the regulations sent to all INFE clubs the participating countries had to submit their acts, songs and official videos of their entries no longer after November 10. All national clubs had the right to determine their representatives through a national selection process or internally or in any other format they choose. The videos of all participating countries were revealed on November 13 when the international online voting opened. After the the votes from the participating countries were added to those of the online voting, Czech Republic was crowned winner of INFEVision Video Song Contest 2018 with Mikolas Josef and his song Me Gusta After last year’s Mikolas Josef’s victory host country of this year will be Czech Republic. EuroContest.Cz member of the INFE Network promises us an outstanding INFEvision Video Contest.

This year’s edition was launched in mid September when INFE Czech Republic (EuroContrest.Cz) revealed the INFEvision 2019 slogan “musical diversity” . From that point all INFE clubs were given a period until 10 October to confirm participation to the host country.  A  total of 19 countries around the globe will eventually be participating in this year’s contest, which is a new record number for the comeptition itself.

According to the regulations sent to all INFE clubs the participating countries must submit their acts, songs and official videos of their entries no longer after November 1. All national clubs had the right to determine their representatives through a national selection process or internally or in any other format they choose. The videos of all participating countries were revealed on November 7 when the international online voting opened.

After the 19 participating songs were released the voting process immediately opened. The final outcome will be determined by the participating countries’ votes , which must hand in their points until November 30 , and an International online voting that will be open to all people around the world and will close on November 30. Take a quick look at the participaring songs in the following recap:

Italy and Mahmood with his song “Barrio” chosen by the local INFE club to represent the country, was crowned winner in INFEVIsion Video Song Contest 2019 that took place on 13 December 2019 .

A few words about Mahmood

Mahmood ( or Alessandro Mahmood as his full name is), was born in  1992 in Milano and comes from an Egyptian father while his mother is from Sardinia. His fame arouse after his participation in the Italian   X-Factor, and he has competed in  Sanremo Giovani  2016 with the song “Dimentica”. In 2017 he works with the superstars Fabri Fibra and Michele Bravi. A year later he collaborates with  Dardust on the hit single “Nero Bali” by Elodie and Michele Bravi (Platinum), and he composed the music of a new album entitled  “Atlantico” in collaboration with Marco Mengoni , which includes the song “Ηola” with Tom Walker, while he released the song “Doppio Whisky” witht the rap star  Guè Pequeno. In 2018 o Mahmood his first  EP Gioventù Bruciata is released under  Island Records, producers of which are Ceri, MUUT and Katoo, including the duet Anni ‘90, another collaboration with Fabri Fibra.

In December of  2018 he wins Sanremo Giovani  2018 with the entry Gioventù Bruciata , victory that secured him a spot in Sanremo festival 2019 which he also won with his song  “Soldi” earning the right to represent the country in Tel Aviv. At Eurovision 2019 in Tel Aviv, Mahmood almost reached the top finishing in 2nd place just behind The Netherlands represented by Duncan.

Watch below Mahmood adressing his gratitude for first place in INFEVision 2019:

INFEvision 2020, the video contest held by the International Network of Fan Clubs of Eurovision (I.N.F.E) will take place this year in Resita, Romania on December 27, 2020.

Following Italy’s victory in INFEVision 2019 with Mahmood and his song “Barrio” , hosted  EuroContest.Cz, member of the INFE Network, this year the competition moves to Romania and the city of Resita, as the Eurovision Romania Community (ERC) running INFE Romania is set to offer us a spectacular presentation of INFEVision 2020.

This year’s edition was launched in the first days of October with INFE Romania revealing the INFEvision 2020 slogan “Riding the Ages” . From that point all INFE clubs were given a period until end of October to confirm participation to the host country.  A  total of 19 countries around the globe will eventually be participating in this year’s contest, which is a new record number for the comeptition itself after last year’s 18 countries. Unfortunately Armenia and Azerbaijan decided to withdraw due to the war conflict in Nagorno-Karabakh ( Artsakh).

One thought on “INFEvision Video Contest”