The first shots from Sofia Feskova’s performance of the Russian entry ‘My new day’  have been released shedding light on how the Russian hopeful will deliver her entry on stage.

Sofia takes to the stage in order to record the performance of her song ‘My new day’ through which she want to convey to the audience the inspirational message of never giving up your efforts in filling each day that comes with more and more happiness.

Sofia appears on the stage alone dressed in a dreamy, light-blue princess gown with white and sparkling flowers which as the light fall upon it, makes the Russian act shine like a small princess that has came out of a fairytale. 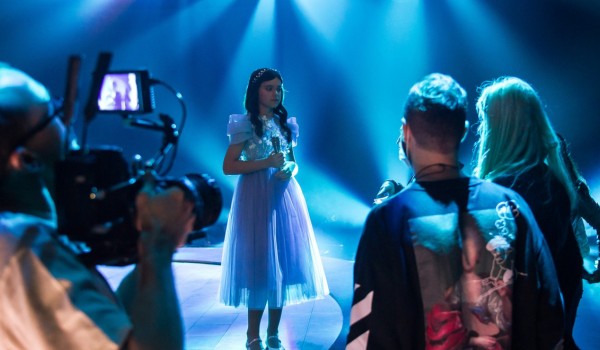