Moldova’s Eurovision 2022 representatives, Zdob şi Zdub & Fraţii Advahov, presented another version of their song ‘Trenulețul’ in their appearance in the show Cine vine la noi? It was also confirmed by the broadcaster that this is the final version of the song.

Although the Moldovan broadcaster TRM had initially planned to organize a national final this was canceled due to the Covid-19 situation in the country. However, after a rally of auditions with 28 candidates and 29 songs, in front of a jury, Moldova decided to send Zdob și Zdub & Frații Advahov.

The new version of the song uses English mainly in its refrain and this is the main alteration while differences from the original can be found in the introduction and in the closing part. To be more precise, a guitar solo sound is now present in the last part.

Zdob și Zdub & Fratii Advahov will be performing in the 1st semi-final on May 10, in Turin and they will sing together with the folk music orchestra of the Advahov brothers, (Frații Advahov: Vitalie Advahov și  Vasile Advahov ).

This is not the first time for the punk rock and folk rock group Zdob și Zdub (Roman Yagupov, Mihai Gâncu, Sviatoslav Starus, Andrei Cebotari, Victor Dandeș și Valeriu Mazilu) to take part in the Eurovision Song Contest since in 2005 they sang ” Bunica bate doba “ (Grandmamma is beating from drum-a). finishing in sixth place and in 2011 he wasn’t ‘So Lucky’ ending up at the 12th place.

The first time Moldova participated in Eurovision was in 2005. Its best place was the 3rd one and it achieved it with the song  Hey Mama sang by Sunstroke Project. In 2019 Anna Odobescu represented Moldova in Tel Aviv with the ballad “Stay” but although her magical appearance she didn’t make it to the final.

In 2020, the year when Eurovision Song Contest was canceled due to the situation with Covid-19, Natalia Gordienko was the country’s representative. Natalia however did represent her country the following year but finished in the 13th place at the Grand Final with 115 total points. 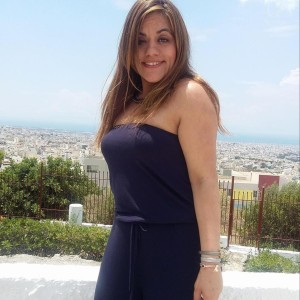