North Macedonia: Vasil to release his Eurovision 2020 entry “You” on March 8

North Macedonia’s representative, Vasil, has revealed that his Eurovision 2020 entry entitled “You” will go public on March 8.

Vasil has revealed through his instagram account that he we will be unveiling his Eurovision 2020 entry next Sunday , March 8. The North Macedonian act states that his song is an invitation to  put your dancing shoes on, celebrate and just dance.

YOU • Is an invitation for everyone to Connect, Open Up, Dance, and Celebrate the Moment. The title itself addresses another person, but also the person where it all begins – YOU, yourself. • We’ve all been there. The moment when that unexplainable thing happens and sensations take over you. The choice is yours: let go, put your dancing shoes on, celebrate, and just dance. • I can hardly wait to share my Eurovision 2020 entry “YOU” on 8th of March and officially start my journey of “YOU” with YOU. • Let’s dance! • ❤️🇲🇰 • Vasil • #OpenUp #YOUARE #You #Dance #Celebrate #BeYou #DanceForYou #DanceForLove #ESC2020 #VasilG #DanceToConnect #Eurovision

Vasil was internally selected to represent the country in Rotterdam. This is not his first involvement in Eurovision, as last year he contributed in the country ‘sbest result serving as a backing vocalist of Tamara Todevska while performing the song Proud.

North Macedonia: Tamara Todevska invites us to dance to her new track “Rise” 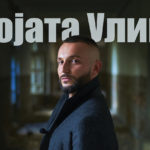 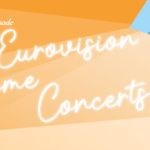 « Georgia: Listen to Tornike Kipiani’s Eurovision 2020 entry “Take Me As I Am”
Israel: Eden Alene to sing “Feker libi” in Rotterdam »