RTVSLO the Slovenian broadcaster has launched this year the new online selection format of EMA Freš, through which two acts will fill in two spots in the national final of  EMA 2020.

In  first weeks’s set of duels, Stella won the first duel, Younite the second and Martina the third. Eventually the first two acts made it to the final. EMA FREŠ moved into its third week of duels with three more sets of duels: 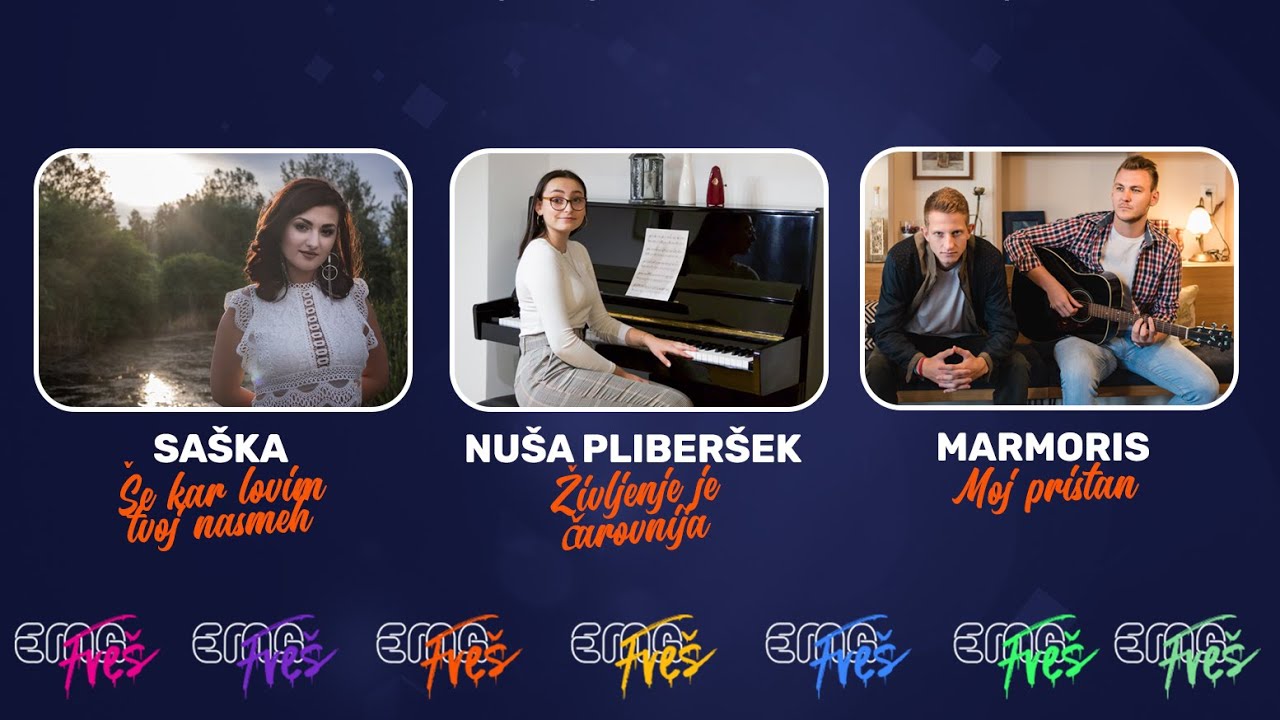 In Friday’s round, the three above winners went through another round of public and jury voting. Saška and Marmoris won their spots in the EMA FREŠ final. It has not been revealed which act one the public or jury vote. Meanwhile, Nuša will join Martina and Petra in the second chance. Therefore the six EMA FREŠ final qualiers so far are :

As six of the 10 spots for the  EMA Freš final have been deternined over these three last weeks the remaining four spots will be filled in after an another last round of voting. The 10 finalists will compete for one of the two spots in Slovenian national final EMA 2020. One will be selected through public voting and the other by the jury.