Sweden: Listen to the snippets of the “Melodifestivalen 2020” 3rd Semi-Final songs

The Swedish national broadcaster, SVT , has released one minute snippets of the 3rd  semi final entries that we will see in this Saturday’s third show of Melodifestivalen 2020.

In the third semifinal Mariette who has reached the Melodifestivalen final three times, is back while , 2019 finalist Mohombi is joining her alongside with Albin Johnsen and Anis Don Demina who are making their debut appearance in the competition.

From each semi final the first two acts qualify for the grand final, which will take place on March 7 at the Friends Arena in Stockholm,while the third and fourth act get the tickets to the Second Chance round that will take place on February 29 at the Stiga Sports Arena in Eskilstuna. 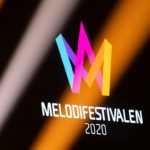