These are the winners of the ESC Radio Awards 2019

As every year after each Eurovision Song Contest ESC Radio holds a special voting giving the opportunity to its audience and Eurovision fans worldwide to vote for the acts they consider the best in the following categories: Best song, Best Male and Female Act and Best Group. This year the voting took place from 1st June up to June 10 and here are the results in each category: 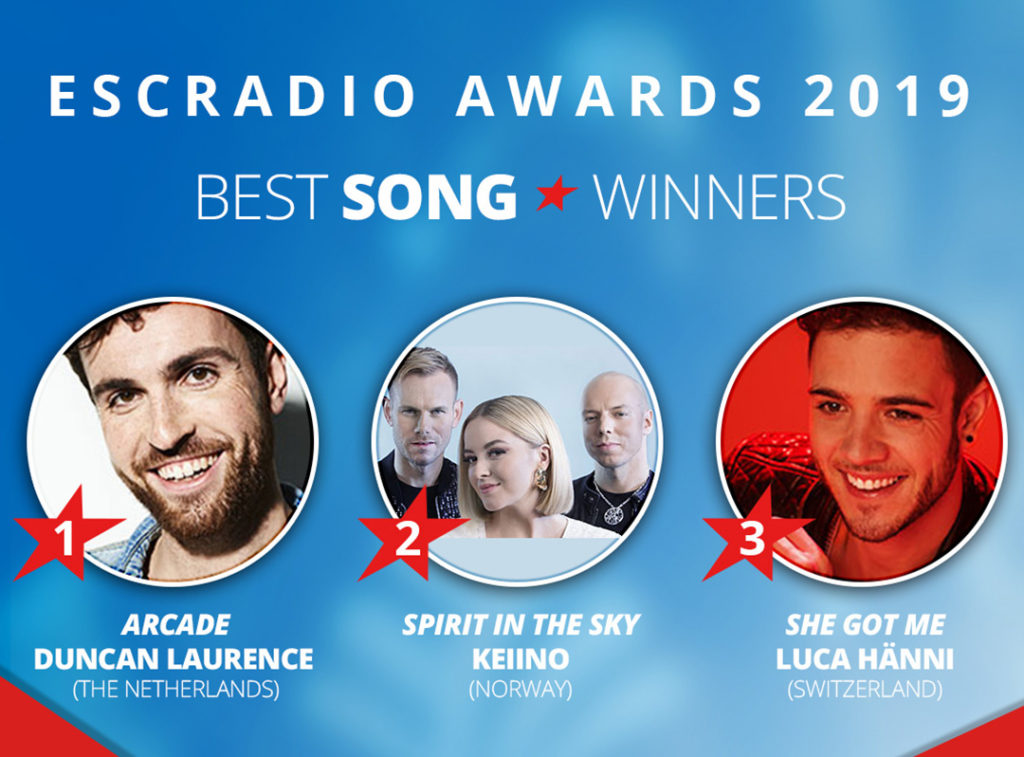 For the first time since 2006 we don’t have two winners in this category. The Eurovision 2019 winning song “Arcade”, written by Joel Sjöö, Wouter Hardy and Duncan Laurence and performed by Duncan himself representing the The Netherlands in Tel Aviv. The Norwegian entry performed by  KEiiNO,  “Spirit In The Sky”, which topped the televoting in the Eurovision 2019 Grand final, came 2nd while the Swiss representative Luca Hänni with his entry “She Got Me” was placed 3rd.

Here are the overall results in this category: 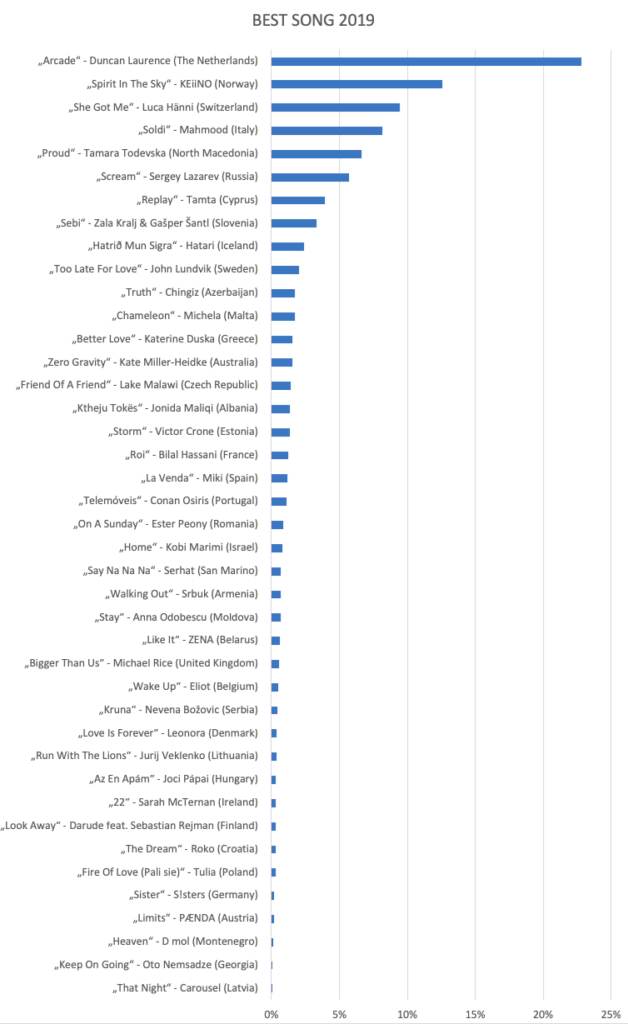 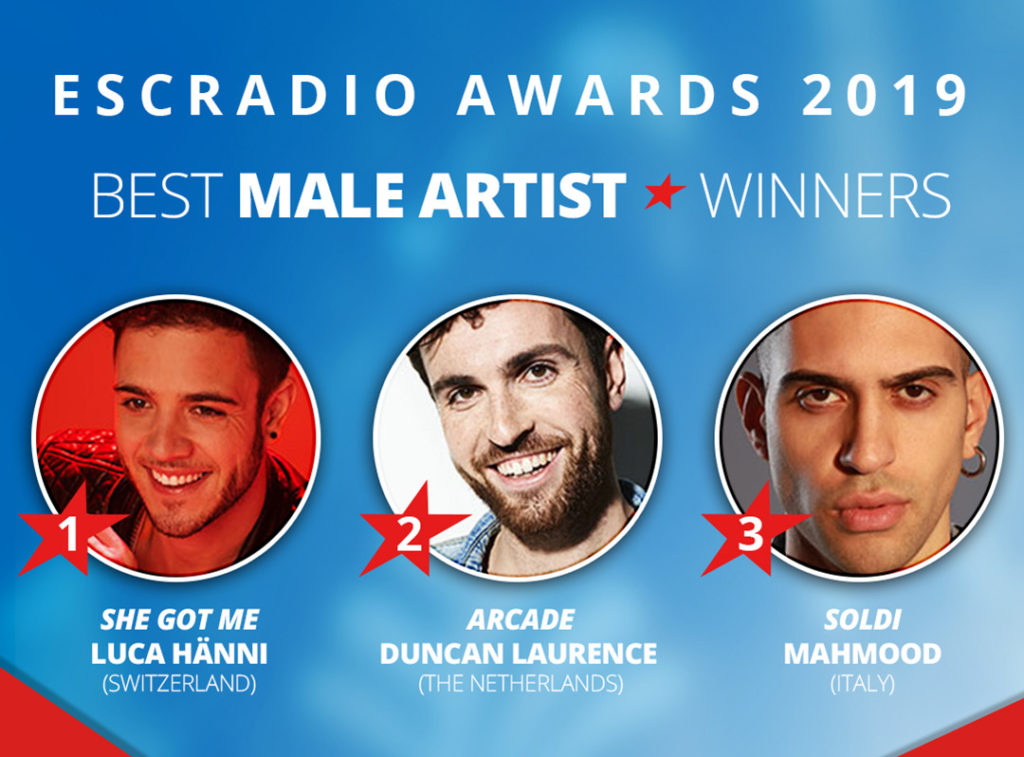 The category of the Best Male Act was a tight race for three , but eventually the Swiss representative  Luca Hänni crossed the finish line first with  14.5%, giving his country its first ESC Radio Award.  Duncan Laurence was left behind 2nd with 13.7% while  Mahmood very close with 13.4% finished in 3rd place. Check out the overall results for the Best Male Act that follow: 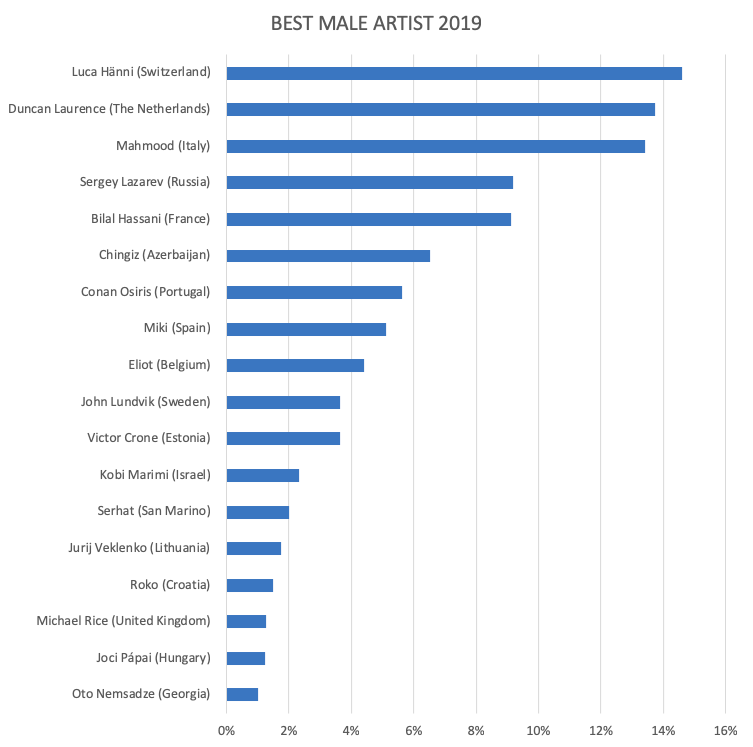 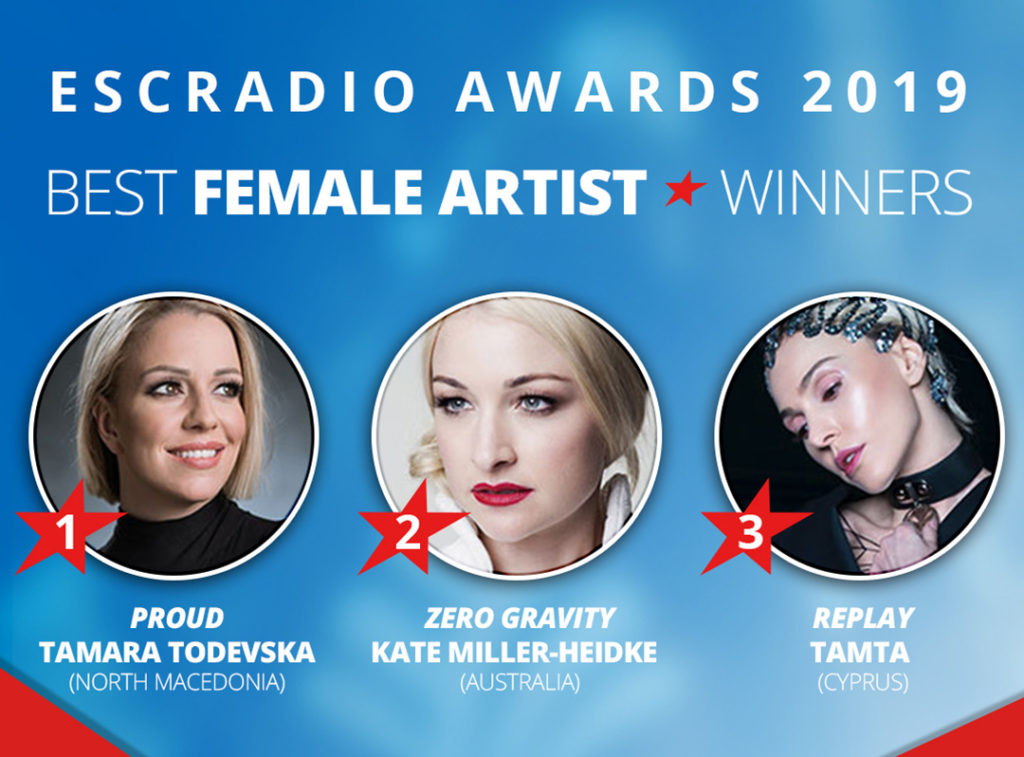 Another Award this year that goes to a first timer! The voting crowned Best Female Artist Tamara Todevska  with a remarkable 23.3% giving to North Macedonia its first ESC Radio Award. Tamara won the national jury voting in the Grand final on May 18 performing her power ballad  “Proud”. Second came the Australian act  Kate Miller-Heidke while  Tamta closes the top 3 in this category. Following are the analytical results of this category’s voting:

Lets go back to the Grand final and watch once again the dynamic performance of Proud by Tamara: 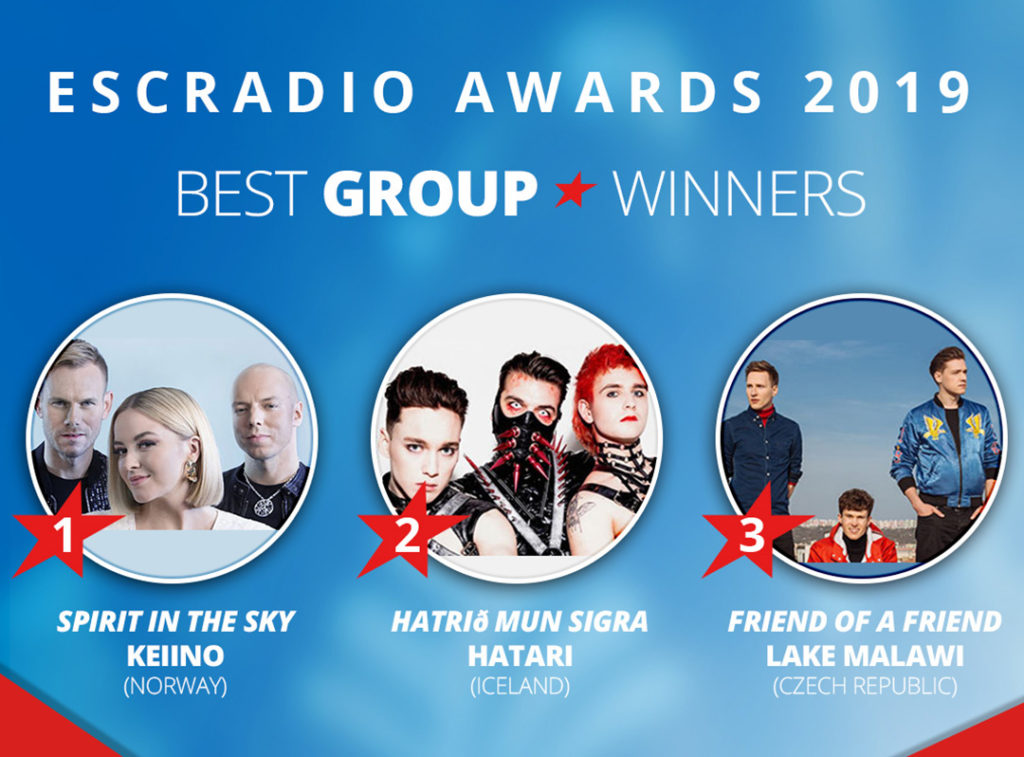 With the remarkable percentage of  47.9%, the Norwegian group  KEiiNO  won the Best Group Award. It’s the second time Norway wins one of the ESC Radio Awards after Alexander Rybak’s double win back in 2009. In 2nd place came the Icelandic group Hatari while Lake Malawi from Czech Republic finished in the honorable 3rd place. Take a look below at the overall results for the Best Group Award :

Lets remember KEiiNo’s impressive performance that took them to No 1 on the televoting scoreboard: