Eurovision 2016: Discussions of next host city come forward-Göteborg or Stockholm?

It was just last Saturday when Måns Zelmerlöw was crowned the winner of the 2015 Eurovision Song Contest in Vienna, gifting to Sweden it’s 6th victory in the contest.

Soon as the door closed leaving behind the 60th Eurovision Sonf Contest the matter of the which city will host the 2016 contest came forward. During the winner’s press conference, Head of Delegation of Sweden and Executive producer of Melodifestivalen Christer Björkman stated on such question that that after realising that Sweden is one of the favourites to win, SVT contacted already the cities interested in hosting the contest next year and also left the doors open for other cities to bit as well.

The same time SVT, the Swedish broadcaster is preparing to officially launch the 2016 Eurovision Song Contest bidding race, there are already several cities in Sweden who have shown keen interest in hosting the event next year.

Camilla Nyman the CEO of Göteborg & co assures that the city is more than ready to host the event next year:

“Göteborg is ready! We are willing to enter the race and fight for the bid! The city is fit to organize the event”. We have our arena in the middle of the city, we have the required capacity to host the event and the town is small enough for everyone to merge together and feel Eurovision!

For this purpose Camilla is in continious contact with SVT in order to file an official  submission for bidding the 2016 ESC when the race opens officially.

The last time Göteborg bid to host the Eurovision Song Contest was back in 2013 when Malmo was awarded the honour to host the event, the Scandinavium was fully booked. This time there are no obsctacles. The city has a great hotel capacity which will also back Göteborg’s bid. The Scandinavium is the prime bidding venue for Göteborg ,on the other hand, the Ullevi Arena has not been discarted but requires a roof which can take at least 5 weeks to construct and install.

The swedish  capital has a total of 4 arenas that could be eligible to host the 61st Eurovision Song Contest; the Globen Arena, the Friends Arena, the Tele 2 Arena and the Stokholm International Fairs Complex.

The Tele 2 Arena is a multi- purpose stadium located in the south of Stockholm just next to the Globen Arena at the Globen City in Johanneshov. It can accomodate between 30,000- 40,000 persons and is well communicated. Swedish media is speculating that the Tele 2 Arena in Stockholm is the frontrunner in the race to host the forthcoming Eurovision Song Contest.

The preliminary dates for the 2016  Eurovision Song Contest have been set to 10, 12 and 14 May and are subject to change by the host broadcaster. 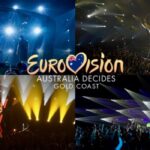 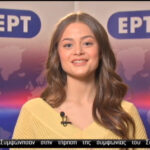 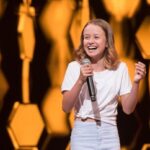